I Am Woman Watch Me Roar- Symmetrix 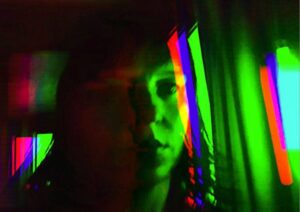