Catherine is a multi instrumentalist singer songwriter  composer. Due to varied stylistic influences her music is hard to pin down. As a Musician she has played at Do the Dream, Maitreya festival, Renaissance festival, Big West festival and the opener for The Pixie Collective Hyperspace Gallery as well as My Aeons the Mothership. She has played at the Goddess Within Fundraiser for the Art to Healing Project to benefit sex trafficked women and children in Asia, and Aphrodites Bordello a Vaudevillian show featured in the Melbourne Fringe Festival, Synergy @ Kindred Studios, Bar Open and open mics in years gone by. Her work has been featured in the V.U Offset Creative Arts Festival theatrical make up exhibition in 2012 at F.C.A.C, and as part of Australia’s Computer Music Association Conference 60/60 Exhibit at College of the Arts in 2014.

Journeys through the Timeline

An ambient electro acoustic tune about life  lived in the last ice age off Atmospherica released in 2014.

A quintessential love song released in 2016

I AM (SONG OF THE EARTH)

Her debut album  released in 2010 ‘Revolution Complete’,  was reviewed on Radio Adelaide’s ‘Out of This World’ by Steve Sokvari in a special show. You can download it via the   STORE  here or via bandcamp or ask about limited edition cds. 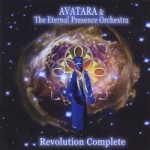 ‘Oriental Temple Gardens Complex’  her honours work was released in 2014 and is available with or without thesis in the store. It has been featured on 3PBS Art of Bleep with Evan Carr. 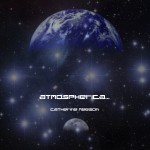 ‘Contemplating Buddha’ was released 20th March 2016, launched at Bar Open Fitzroy. Tracks ‘The Motherland’, ‘Rainbow Bridge’ and ‘The Outpost’ feature on AIR IT (Australian  Independent Radio Airplay Project) and are taking her work further round Australia. 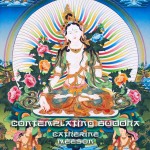 Rainbow Bridge, The Motherland and The Outpost are standout tracks- available on AIR IT AMRAP off the Contemplating Buddha album

‘The Call of Oma’ was released on World Mountains day 11th December 2019 and has had good reviews and multiple feature interviews as well as community radio support via  CBAA AIRIT. Launched at Lentil as Anything January 11 2020 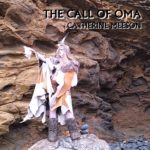 To purchase releases go to the store page. All work accept Atmospherica and Oriental Temple Gardens Complex is available on other digital outlets. Whole Discography is available on Bandcamp.