2020 Covidvillia became the year for collaborations to begin, and a lot more composition by internet as the world was locked down, streamed concerts and other binary avatar related human cyborg transformations became exponential. We became more machine than human, as our bodies were held captive by a global fear epidemic. What a hugely bizarre time  it was, that will hopefully be behind us all soon. 2020 releases and collaborations from

The collective know as L.E.M.O.M (Live Electronic Musicians of Melbourne) second double compilation for the year 2020. This time the organizers of the group decided to mix things up a bit. They thought that seeing as Melbourne was in the middle of a pretty intense lockdown it would be a nice idea to create a compilation that involved an element of connection. Each of the seventeen artists featured on this compilation has been paired up with another L.E.M.O.M member. The directive was to either remix or produce a cover of each other’s work. The artists where given complete creative freedom to deconstruct each other’s songs and recreate them as new works of art in their chosen style.

The compilation is split across two albums with the first being mostly instrumental or with minimal vocals, think cluby electronica spanning genres such as tech house, acid techno and breaks titled RED. The second album features the songs that have more of a band feel, spanning genres such as synthpop, indiedance and bedroom electronic titled BLUE.

The Safety Word perform as a digital/acoustic ensemble their works inspired by post rock, new romantic, chill wave and trip-hop sensibilities. The band consists of core song writing team John Rousvanis on (vocals/electric guitar) and Simon Quinn (laptop/keys) who either play as a compact duo unit or expand the band’s sound with Craigus McVegas (electric bass/synth) and an assortment of guest musicians for unique performances. Their sound can be described as down tempo electronica with a twist of trip-hop and future R & B. Thrown into the blender are soulful vocals, abstract guitar, deep bass and ambient synth soundscapes. 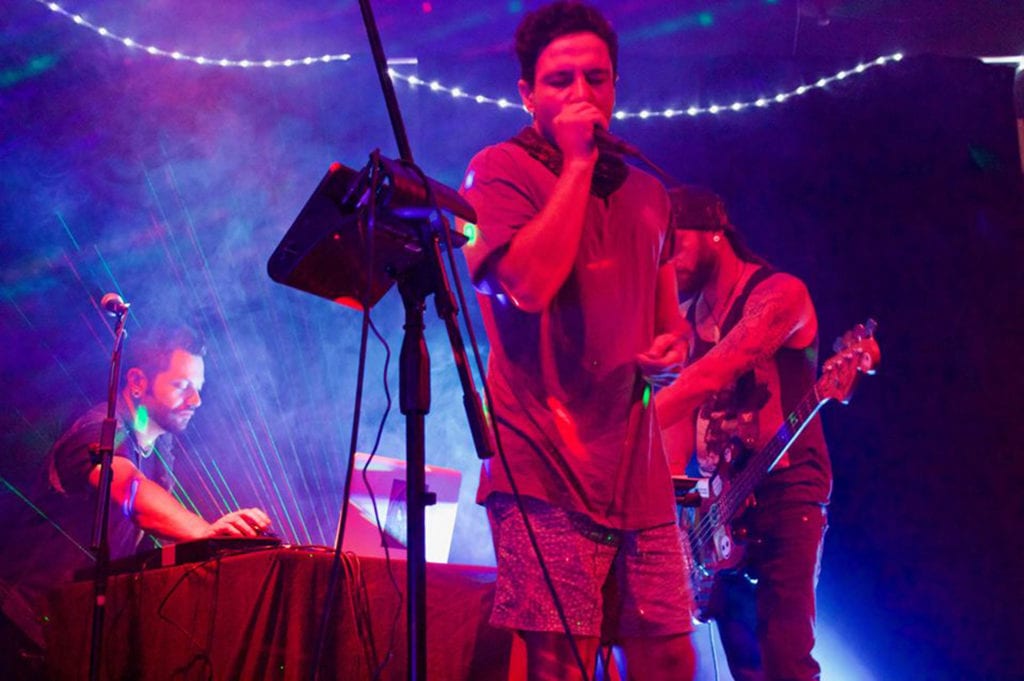 Symbols In Sounds bring you their new single ‘Think’. A captivating avant-garde, electro rock track that is very “now”, has worldwide connotations and will inspire the listener to ‘Think’. Featuring elements of spoken rap, ethereal vocals, synths, drum & bass, along with modern rock guitars; ‘Think’ is the culmination of a unique and exotic sound.