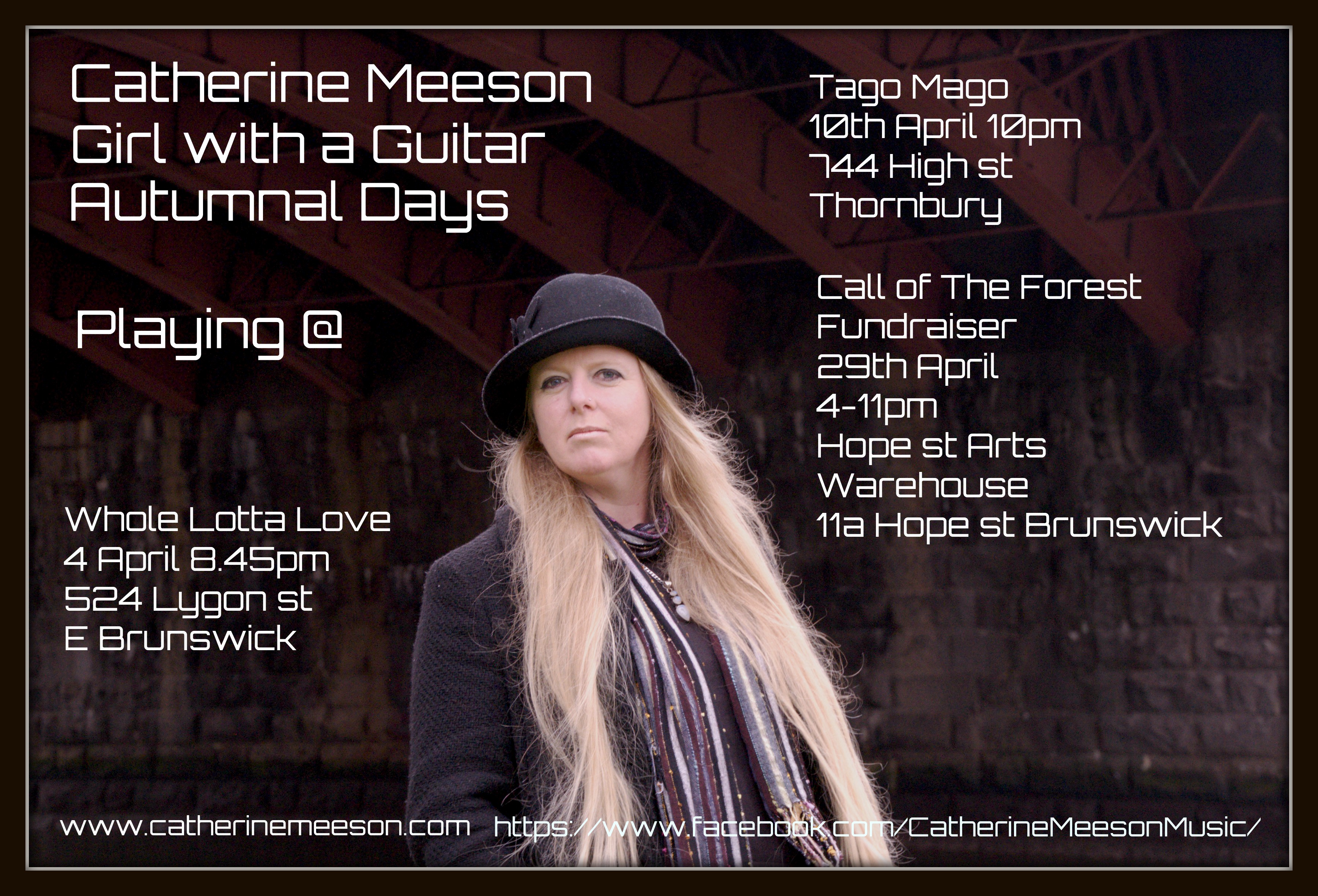 CALL OF THE FOREST

A FUNDRAISER FOR THE PRESERVATION OF EQUADORS THREATENED RAINFORESTS

I will be presenting a few songs and some poetry. Please join us to raise much needed funds 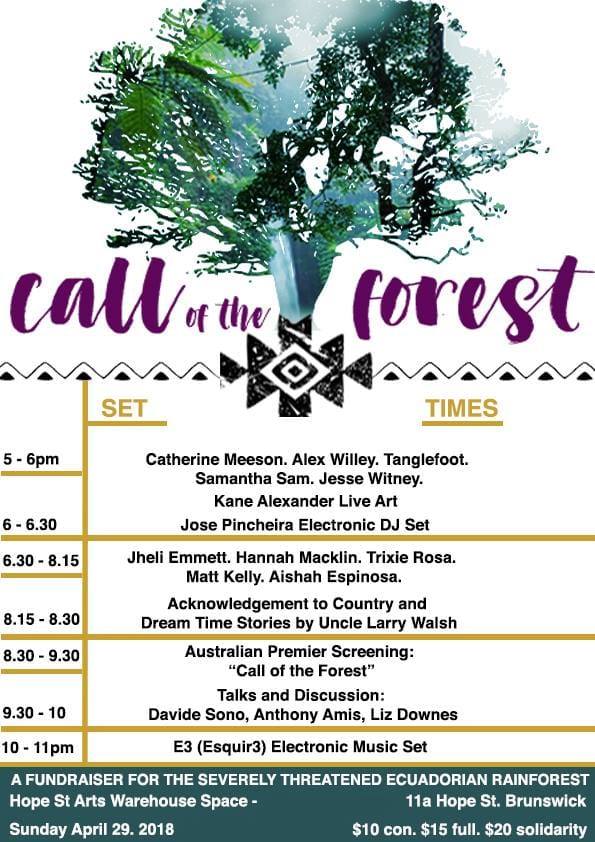 THE EVENT –
This is a callout to the community to come together in support of our most biodiverse treasure, the Ecuadorian Amazon rainforest- its wild inhabitants and all the indigenous peoples whose lives and homes are being threatened by mining concessions awarded to big multinational corporations. 100% of a the profits for this event will be donated to the ‘Rainforest Information Centre’ campaign which is seeking to raise funds to make a significant stand for our forests.

Join us for an eclectic mix of acoustic music and spoken word poetry in the afternoon, the FIRST AUSTRALIAN SCREENING of the documentary film “Call of the Forest” in the early evening, a talk about the current threats to the forests of Ecuador, followed by a DJ for those who want to dance in celebration of this community collective on behalf of the forests of this world.

LINE UP TO BE ANNOUNCED SOON!

THE CAMPAIGN –
Ecuador has the highest biodiversity per square kilometre of any nation- and right in the heart of this treasure, a crisis of enormous proportions is developing.
From the cloud forests in the north to the indigenous territories in the headwaters of the Amazon in the southeast, the Ecuadorian government has covertly granted mining concessions to predominantly multinational mining companies in nearly 2.3 million hectares of protected areas. This is in direct violation of Ecuadorian law and international treaties, and will decimate headwater ecosystems and biodiversity hotspots of global significance.

To get an idea of the speed at which this has occurred, in April 2016 the total surface area affected by concessions for exploration and exploitation was 790,000 hectares, or just 3% of the continental territory of Ecuador. Nine months later, that area has quadrupled to 2.3 million hectares under concessions, or more than 11% of the country.

We are hosting this indigenous solidarity and fundraising benefit to assist the ‘Rainforest Information Centre’ (an NGO run by the well-respected and long-time rainforest activist John Seed) to raise the awareness and funds necessary to take a stand to defend these forests, their amazing diversity of peoples and wildlife, and their critical contributions to the biosphere on which we all depend. For more information on this campaign: http://www.rainforestinformationcentre.org/save_ecuadors_forests_from_mining

THE DOCO – *FIRST AUSTRALIAN SCREENING!!*
‘Call Of The Forest – The Forgotten Wisdom of Trees’
Take a walk in the woods with beloved Irish-Canadian scientist and author, Diana Beresford-Kroeger, as she reveals our profound human connection to the ancient & sacred northern forests and the essential role that they play in sustaining the health of our planet.
We cut down billions of trees every year – Today only five percent of the world’s old growth forests remain intact. Yet trees are one of this planet’s most significant creators of food, new medicines, and oxygen. Forests hold the answer to many of the world’s problems; from climate change to human health and well-being. Visionary scientist and acclaimed author Diana Beresford-Kroeger explores the science, folklore, and history of this essential eco-system reminding us that when we improve our profound human connection to woodlands we can, not only, restore our health – we can restore our planet.