WOMEN WHO ROCK IN MUSIC SERIES 2020

Please welcome Anya Trybala, a Melbourne native who went to Sweden formed a label and was instrumental in creating a network, as well as being involved in Girls Rock Sweden chapter.  and is back in Australia for a while 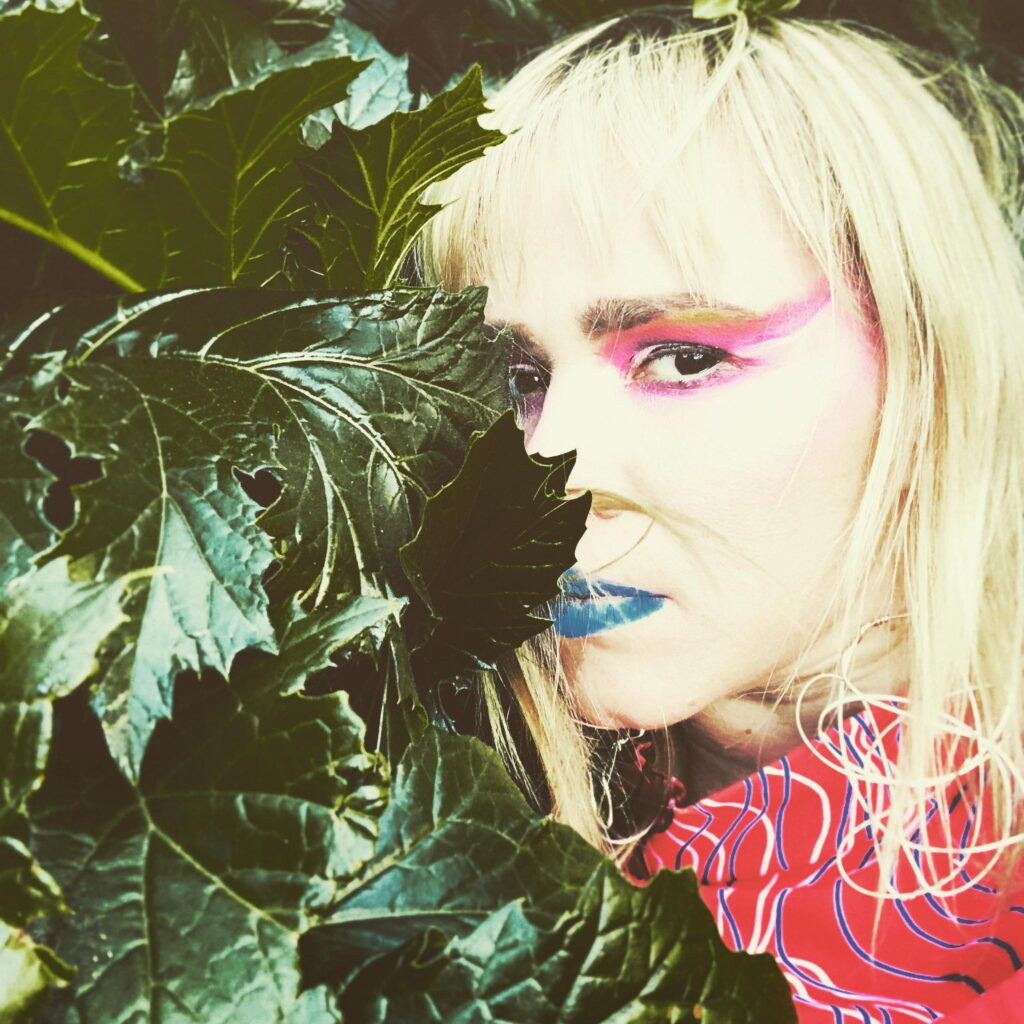 I’m an electronic music producer and sound sculptor. Ableton Live is one of my favourite tools – it’s like having an orchestra in my computer. Over the past few years I have been releasing music under the moniker Ninoosh and ran a feminist electronic music collective Synth Babes in Malmö, Sweden where we developed artists, released compilations and put on a few festivals. I returned to Melbourne in December 2019 and have been working on a new album called Pause Magic and will release this under my own name. I have also formed a children’s musical act called The Spark Joys – I think as a response to COVID-19 as the music we make is hopeful and joyous. I was even booked to play Roskilde 2020 in Denmark, but that was cancelled unfortunately. I hope to return to Europe in 2021, although this looks unlikely with all the wild restrictions!

Since my first music classes at school. I was tested for musical aptitude as a child and was encouraged to develop my musical ability. I picked up the trumpet at 8 then gave it up when I was in my teens as it wasn’t the coolest instrument to play! My face looks very squashed when I play! From there I joined choirs, started a band (The Eventual Contenders) and finally found production, which was such a blessing. I have had a funny relationship with music – as much as it brings me so much joy when I find that creative flow and produce something, there have been years where I hadn’t done any music projects. Those were sad times and I’m so glad to have finally found a good relationship with it all.

Definitely as a teenager and young adult, I was under this pressure to look a certain way and if I hadn’t ‘made it’ by the time I was 22 – I was done. What a load of crap! Look at Björk! I just wish I had been encouraged in my youth to explore production and not just be lumped as a singer and that was it. More teenage girls and GNC peeps need encouragement at that delicate age where they are forming identity and finding what drives them. But I found an amazing tribe in Sweden and will always have them in my life to bounce my ideas around and get feedback.

Like I said – find a collective of artists who support you. It can be really disheartening reaching out to industry professionals to ask advice and then get shut down or ignored. I’ve found returning to Australia has been frustrating to navigate the ‘industry’. So my strategy is just making the best music I can make and find the right people to collaborate with and build a team around that. I also am incredibly passionate about Girls Rock! Which is a global organisation that holds music camps for young teens who are girls / GNC to develop their music. I have taught in Iceland, Sweden and then recently in Melbourne and it has had such a big impact on my life and I can see the impact on participants.

Why you are sharing this video? This video was made when I was living in Malmö, Sweden, a place where I grew significantly as an artist.

Perfectionism. This crushed me for so long. When I first started working in Ableton I had so many unfinished tracks on my computer and was too scared to show anyone. You need to let that go to move forward.

I’ve been running weekly Ableton Live challenges (our FB group is Ableton Nerds) where I assign a sample and we hash it out for an hour and then share what we’ve made. It’s been such an amazing thing to do in lockdown! To be frank, the output from the women is way more unique that the men generally so I feel like by developing women in production, we are opening up more ideas about sound. For too long men have been the gatekeepers – I want to see a renaissance for music and a rebirth on how artists are treated.

Don’t listen to the ‘girls can’t play music’ or ‘just be a singer’ BS and just jump into what makes you feel good – whether that is an instrument, songwriting, synths or fiddling with computer music. Look up Girls Rock camp initiatives and find other musicians to jam with.

Thank you for sharing your voice and thoughts Anya, sounds like you have a good mission plan, all the best with upcoming solo work and your eventual return to Sweden.

For Young Women and others musical nurturance