Treasure boxes are always delightful things….Pandora’s box was not in fact a box…trips down memory lane…the who….the what….the when….the spirit of the times………I find timeless spirit songs in my box of tapes…….songs that still speak to me potently, but that I didn’t believe I had the right to sing….I believed they didn’t matter, that I didn’t matter, because such sentiments were nothing new, well a bit more complex than that , but……. Why sing it or say it if it has been done before?

So deep sadness enveloped . Another thorn in my side. It is as if life conspires to break you again and again and again however many times are necessary so it can forge you into some thing……something that is beyond your self……but something you battle with ….wrestling for time, energy, focus…..domination..

The lens of creativity is not easy. The body of the artist is what must serve the art…..that which seeks to be. We fail….we are never up to the task….it is never quite good enough…..but sometimes it finds a resonance,…..it lights a spark in the dark of the cave of the heart that no one can extinguish. The mind succeeds in directing the wind as it whispers…….. 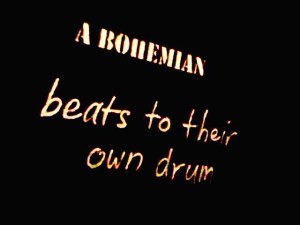 My constant battle has just been to express, let alone take it beyond me. It is my life task…….to give these little jewels to the world whatever become of them. They are my children and so many of them are calling for me to finish them. I visit with them ……I have to relearn them………I have to listen to what I did before on tape  and look for the chord charts to figure it out…….

And still the lyrics, their relevance the place of such songs in today’s world i do not know………who cares I do not know. Is there an audience? I do not know. I don’t know much about much really, just that my heart longs to share these things…….and seeks to find a place to do so beyond just the walls of my Sonic Sanctuary Cave.

Art is a Weapon ….a precision instrument… accept it is not one of mass destruction, but mass enlightenment…..one would hope. I listened to a few great interviews with Sinead O COnnor last night  a fellow Gen X’r who I have always admired, passionate activist type, spiritually orientated. She was talking bout how music is really being destroyed by all the pop culture crap , talent shows and the link, manufactured stuff….nothing of value is really getting out to the people in the mainstream. Eclipsing the ears of people, so they do not question. entertain the masses so they remain dumb, maybe to much power was unleashed in the 60’s-90’s in lyrical brilliance that the governing forces fear the real power of music ….they usurp it….they have know its power for a long-time they use it and abuse it to market, manipulate and social engineer. It becomes  means to market……. My sons generation are being born the tec kids, Gen Z, gadgets in hands yet do they know the real power of music? I have this debate with my son all the time. Sinead is brave enough to challenge the Churh and for that I love her, she says they are really deficient in the hold spirit (my paraphrasing words) and I agree. Spirit enters were there is a willing vessel.

Yet that vessel may struggle a long time…..no less…..birth is a constant

Here are some old lyrics from songs from the box……..a few of which have been played publicly  in the late 90’s …but mostly they have not been heard…..a little pink box full of tape circa 1997- early 2000’s maybe one or two take from around 2006 when I started writing again after my boy was a bit older and I painted Melody 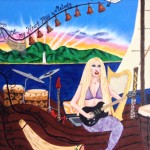 She who set me on the seas and encouraged me to write music again.

v2.
Oh now,
our eyes engaged with a spark
A whole new life and a
whole new start
another creative person
to share the sacred journey

3rd v. The order of evolution is coming
the time when the truth
is as a flame
the web of lies political corruption
mass reconstruction of our lives
i say it now we will be heard
i say it loud you heard
its up to you
to make the change to stay alive

Interlude
4th v. Are you gonna take your chance you gonna make a change
you gonna let it out
you gonna feel the rain
you want to hear me shout
don’t like to see you in fear
this is how its gotta be
I said no
I said know

6th V. You want see the day
look at the clouds in the sky
you dont wanna feel the rain but mother earth she cries
cant you see the signs
didn’t you notice the change ‘don’t you know what’s coming
its nearly too oooooo late
too late

Walking to the beat of our own drum should be the easiest thing to do………yet it is living from the inside out and that aint no easy task.