It is so good to leave compositions for a few months, enables new ears to come back  and hear exactly what needs to happen next, what instrumentation is needed, what editing of time/ rhythmic elements , what automations to do…….. can’t wait to finish this project. What is this project Giza Plateau .Time to get back to composing new stuff. But when there is so much work in various stages of completion, it  makes it challenging. So many babies to feed. Mumma has to work hard! Still wish I could have an orchestra, some are meant to have that elaboration…….like the tunes on Giza Plateau. They are meant to sound rich, full of majesty and mystery. Thank god for synthesisers, at least one can partially complete the vision. Need good sounding timpani and bass parts to complete The Pyramid builders return….then on to try finish a track that came out in 1997, in an improvisation that at the time, blew my mind. Simple but hard to arrange for more than one part…….Celestial movements – the great arc of time…..must have troubles because it is a big time span/ space to try capture, like trying to fit part of the universe into a canvas, 3d cannot hold it. What am I talking about the procession of the equinoxes look it up, it has to do with planetary movements through the zodiacal houses of space and pole star wabble. It is called ‘The great year’ in arcane literature, a 25, 920 year cycle. Some debate exists about exact figures. 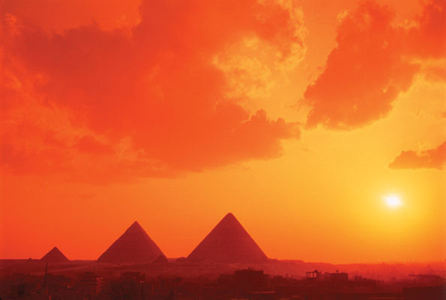 Giza Plateua is a highly conceptual work,  metaphysical, ancient spiritual lore, but also greater universal truths contained within its themes. Two sphinxes sit watching me above my desk in my studio. One from early 20th century  when they needed to clear back Horem Akhet ( The sphinxes) body and the others looking from in front of the paws at the stella, commemorating the dream of the Pharaoh responsible for the previous sandy excavations of the sphinx in  eras previous. Much is hidden under the sands, much is encoded within the forms. Time itself is master of tales. I am a firm believer that everything we are and do is contained within a composition, the carrier wave concept…..the sonic  is conveyed, the intention is encoded, the knowledge embodied in the music. It’s dna a light/sound waveform. Digressing

With Giza Plateau it carries with it the desire and wish to score properly, that was what I felt when it first came out in 1997, like it was meant for an orchestra, and I was like “I can’t read music you want to  give me this? I had just gone to TAFE to do a cert 4. I wish I had music lessons as a child and new all that stuff inside out. I did  a bit of Sibelius at TAFE level in 2009, (picking up where I unceremoniously left off 12 years previous/ life’s what happens), but for me to represent music, I see it more in terms of guitar chord pictures, numbers in tab, midi data midi roll editor info, and waveforms, representations that notation does not do. I cannot divide the subtle rhythmic nuances, syncopated sort of stuff into maths in my head or on paper, I feel it , the real time playing stuff that is represented by 16th notes, 32nd notes, 64ths and rests and all that jazz. I like playing with sonic information and  parameters,  I reckon I should of done Bachelor of music technology. Automating subtleties,  playing with effects to create sound and space is what I enjoy, in lieu of there being no band to play with. Then there is the having to learn notation placements and transposing of instruments in different keys which orchestral scorers have to do, know each instruments range, there are charts for that, but the relative keys of the instrument, not the octaves. I do not have the time for that. I like my gratification now, which is why electronic works so well for me. I can realise it now. It seeks to be fulfilled. I am vessel for it- it seeks form, I merely convey. The spirit passes over the waters of my body and I am moved to create snow flakes.

To go with Giza Plateau  is a track called Life has just begun. Another called Epiphany. There may be more. There are seeds of pieces called Crystal caverns  and The spirit of Humanity. Big shit. One thing I guarantee is they will not go out at all until fully produced mastered and ready for release. Maybe possible in 2015, but Contemplating Buddha must go out first. This is all the back log. I have learnt not to put work out prematurely, only took five years  to go oh. I am telling this on the eve of releasing my Atmospherica album.

Then there is another cd worth of songs, which is  going to be another album called  Songs from memory lane or some such??…. I have the cover art done already. The tunes   need parts re recorded and remixed to my satisfaction including, Go with the flow, All I ever wanted, Peering in the window, Intensity, Liquid desire, Theatre of dreams, Gone, The night that time stood still,  Voice of truth, All alone out at sea and Emergence. Though Gone, All alone out at sea and Emergence are different creatures, guitar based compositions, meant for a band. The rest were composed electro style. So there is about $2000 just to finish them all approx. If I include Contemplating Buddha make it $3000 approx. Probably more like $4000 if I consider print runs and consultation time. Enough work to keep me busy huh! Later…….If the universe were to gift me $10,000 I would go filming in Egypt and make a sublime movie to go with Giza Plateau, but photos will have to do!