I Am Woman Watch Me Roar 2- Jenni Dagley interview 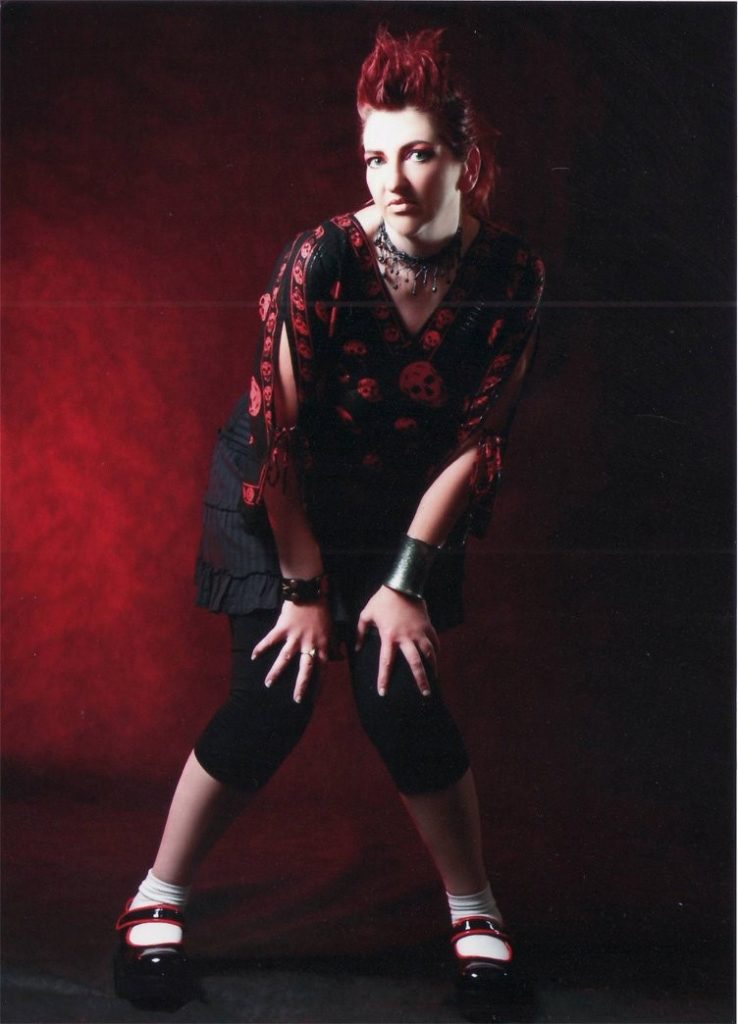 ‘I Am Woman Watch Me Roar’ is a detour into the collective musical landscape, inviting the shared voice of my comrades to express on theme. The title of this blog hearkens back the powerful 70’s anthem by Helen Reddy, and also evokes a sense of a powerful lioness defending her children and pride (double meaning).

I first came across Jenni in the early 90’s as 3RRR DJ where she hosted a weekly show called Off the Bone, we became friends many years later. Back then and still today in community radio, people host shows for love of music, for the passion and do not get paid for it, they spend vast amounts of funds collecting music to share with everyone well before a lot of these artists achieve any sort of mainstream or commercial success. Back then indie and alternative had a very strong distinct voice which was still of the underground,  with dedicated shows, labels and record stores of the physical kind. Then Grunge changed everything, Triple J went live to air, Metal went mainstream and so did Indie taking the alternative and indie voices to the larger public.

My invitees have been asked a set of questions, Jenni’s response is below.

Brieﬂy describe your role in Music?

Ok I was at 3 RRRFm from 1986 – 1994 hosting Off The Bone, a 3 hr alternative music show. I did a few other guest spots and I was the record librarian for 1.5 years and then Assistant Program Manager under Stephen Walker for 2 years. I did “Metal Vision” on Channel 31 from 1994- 1998 a fortnightly metal show featuring lots of local  Australian bands, filmed on location. In 1995 we were the first tv crew to film at the Big Day out . We featured Ministry , The Fireballs and more. I was a co presenter and co producer for that.

My passion for indigenous culture had me dj and co direct Barmah Beats with Yorta Yorta Nations in the Barmah forest. I Dj’d at “Camp Sovereignty” during the commonwealth games protest, at Kings domain in 2006 . The protest lasted about 8 weeks, a campsite with a sacred fire and elders from different clan nations. After that I did lots of community djing including Parkville youth rehabilitation centre for 3 maybe 4 years.

I am now a music songwriter producer.

How long have you been engaged in your musical journey? All my life I have been singing , watching and dancing to music, songwriting for 7 years though .

Why you are sharing this video? My latest song and video is about self love and the video features women from all different walks of life and experience. I want women to know that they are ‘I Am Goddess Beautiful And Magniﬁcent – IAGBAM‘. (Jenni’s wonderful mantra).

In what ways has unconscious bias (sexism or other) affected you personally? As an alternative person, there are less opportunities, though social media is expanding our world . The world is still pretty conservative.

What do you feel women need the most to thrive in the current social and musical climate? We need respect, it would be helpful if we did not have high proﬁle women twerking and almost naked in their videos and social media! ( I agree, it degrades the women’s voice, whilst young women may find it empowering and liberating they may not feel so twenty years down the road).

What has been the greatest obstacle you have had to overcome on your musical path? Self conﬁdence, to put music out to the public and not having enough time when I am my own manager, press agent, creator and single mum. (Jenni is also an extraordinarily gifted milliner creating unique one of  hats out of recycled and other objects. some will feature in her IAMGBAM remix below).

What is unique about women’s voice, and approach that is so desperately needed in music today? We have the nurturing side of the human essence, in today’s market we also have the power of words and musical diversity to reach out with messages whether it be about climate, self love, abuse or love . (A lot of Jenni’s social media outreach includes empowering spiritually oriented messages for women).

Do you have any advise for young women or others in the early stages of their musical exploration/ journey? Be your authentic self. Do not change who you are to ﬁt in, or compromise yourself and remember you are a magniﬁcent part of creation, you can be anything you want.

THE NEXT IN THE SERIES WILL FEATURE MY OWN RESPONSE TO THE QUESTIONS THEN WE RESUME WITH WOMEN WHO ARE AUDIO ENGINEERS, COMPOSERS, SONGWRITERS HEADS OF MUSIC SCHOOLS