I AM WOMAN WATCH ME ROAR 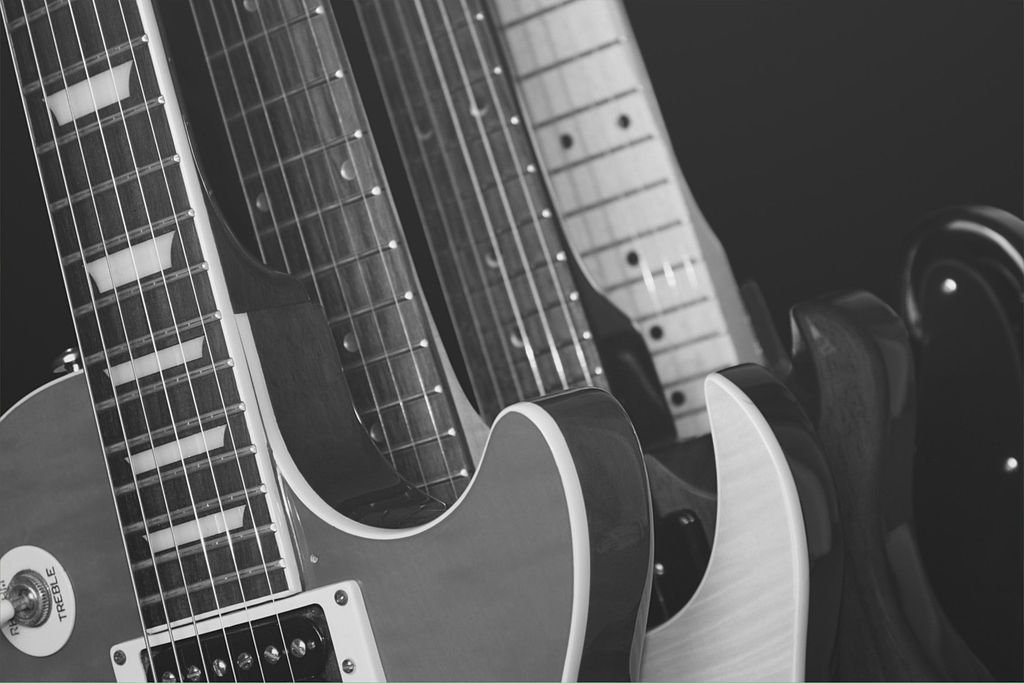 We return this week to the blog focus for the year Women Who Rock in Music. So far we have had a broad selection of female musicians/producers, teachers and more, who are all independent artists sharing thoughts on theme. There are clear themes emerging in the interviews and I encourage you  to check out the archives. We started the series with a blog of mine called ‘Catching Stardust – Birth of a Song’ which was a beginning to end vlog writing a song by firelight. We then progressed to interviews early this year 2020. Each week  (sometimes a little later ) I feature an interview and periodically, in-between my own blogs about related topics. There are plenty more interviews to come and further posts on Women in Music from me as well as information on collaborations. Please enjoy and share if you resonate. Solidarity during covid is crucial, the arts industries have been decimated with musicians no longer able to play live in Melbourne town one of the live music capitals of the world, so it is my hope that this small action  and platform can assist other musicians in my network with their sharing their work, voice and reach. 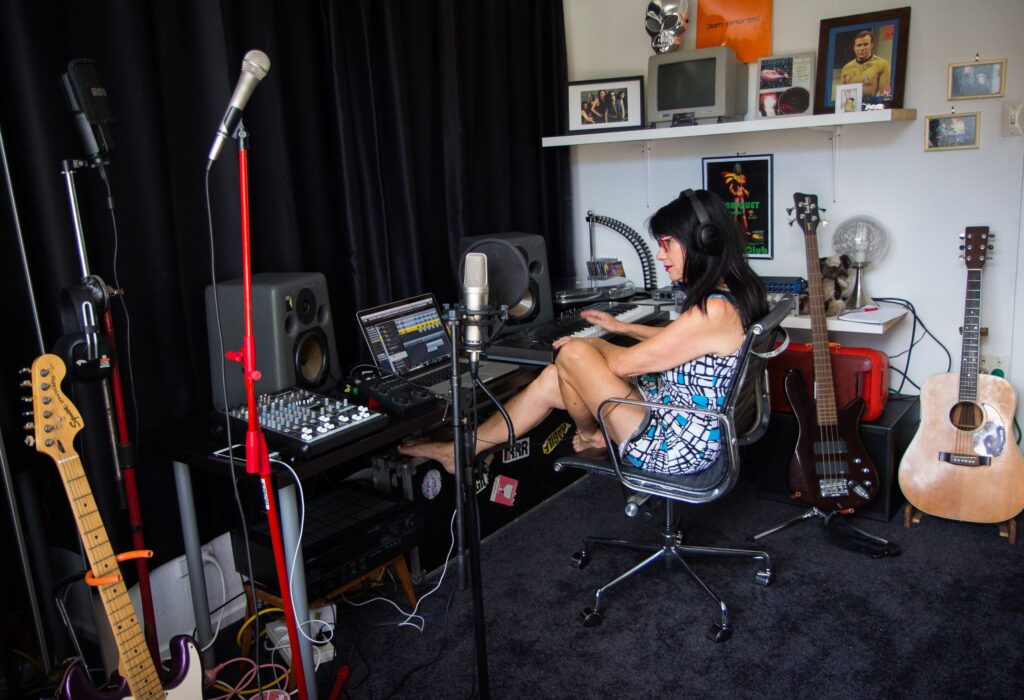 I’m a producer. I also do vocals, play guitar or bass or whatever is needed for the track I’m working on. About half my time these days is doing remixes for other people.

Ever since I can remember. My dad took me to see a concert and I was blown away by the energy of loud music and I immediately formed a band with my friends. My dad was our roadie for years until we were old enough to drive ourselves to gigs. It’s been my absolute passion 100% ever since. About half the time producing by myself and half the time playing in bands. In Soulscraper, I loved the in-your-face intensity of noise and passion, in The Crystalline Effect I loved being the vocalist of songs that ranged from delicate and ethereal to floor hitting EBM. In Sobriquet I had some great musicians. Now in Robots In Love it’s solo if I’m doing a fully electronic set, or else with others if it’s more industrial so I can play guitar and do the vocals. And of course I have Human Confusion where I produce the music and Miriam Leslie writes the lyrics and sings. I can listen to her all day. We’ve just released our second single.

Some weird things. I remember hanging out with other bands backstage after shows and everyone’s talking, but then female fans of the bands enter the room and the guys look at me as if to say “it’s time for you to go now” because I’m not one of the guys.

I remember playing at a festival where I was the only female in any of the acts.

Being in a studio working on my first recording and the mastering engineer told me he had to turn the hi hats up. I hate the sound of hi hats but I let him do it. I still hate the mix on that song.

Just a cute 90 sec preview of a remix that’s just been released. Thanks!

You need the confidence to be yourself. A cliche I know, but it’s true. Recently Bjork said that there are lots of photos of women musicians, either posed photos or on stage, but hardly any of them in their studios. So a call went out for women producers to send in photos of themselves at work. And when I saw other women’s studios I was amazed that they looked so different to men’s studios. The female ones seemed really messy! Men might have one ornament but the women had teddy bears, photos, random other objects. And often they were not sitting at desks, but rather perched on chairs or on the floor with stuff all around them. It was as if they’d just run in from doing some other chore to quickly program a bass line or something. It made me feel great seeing people who looked like they work the same way I do.

I’ve always been terrible at marketing and promotion, that sort of thing. But I love what I do and people love my remixes so it’s never really bothered me.

My computer catching fire and destroying half the hard drive set me back a bit.

What is unique about a woman’s voice, and approach that is so desperately needed in music today?

Sometimes it seems women are put in pre-conceived pigeonholes. For instance, I went to a rock music museum thing in Seattle, and there was a section on male musicians that showed their instruments, reviews, stories about them, other stuff. But the section on female musicians just showed their clothes. Patti Smith’s clothes. Yes, her clothes are great but that is not the main thing we treasure about her, we are enthralled by her lyrics, music, intelligence, philosophy. I think it’s important for women to see other women breaking stereotypes.

Ask questions. But don’t expect other people to do all the work for you – take courses, watch tutorials, figure out what is the best way for you to work. A lot of programs have trial versions so try before you buy. You can also rent-to-buy plugins so if you don’t like it you can cancel the subscription before paying for the whole thing.

Keep your backup drive at someone else’s house in case your house burns down. (Good advise)

What’s on the cards for the next little while?

I just finished a remix for N.Z band ‘Stars and the Underground’ https://open.spotify.com/track/3KHUBmqWK4qlVhNNpc1oTk?si=VSFTXnudRMaxQrUpJCWCiw

And a remix for my other band ‘Human Confusion’ https://open.spotify.com/track/7pB6UqKDO4fw3WFDifgJfc?si=4iL4VyjIRgeNZX8r3ZGIEg