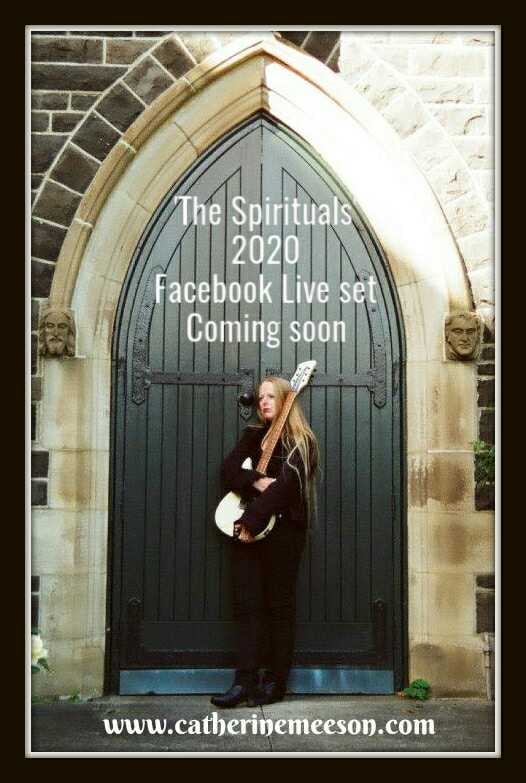 A special series of blogs with a focus on women and womens issues. Appearing on my homepage and under the Musings tab for archives. 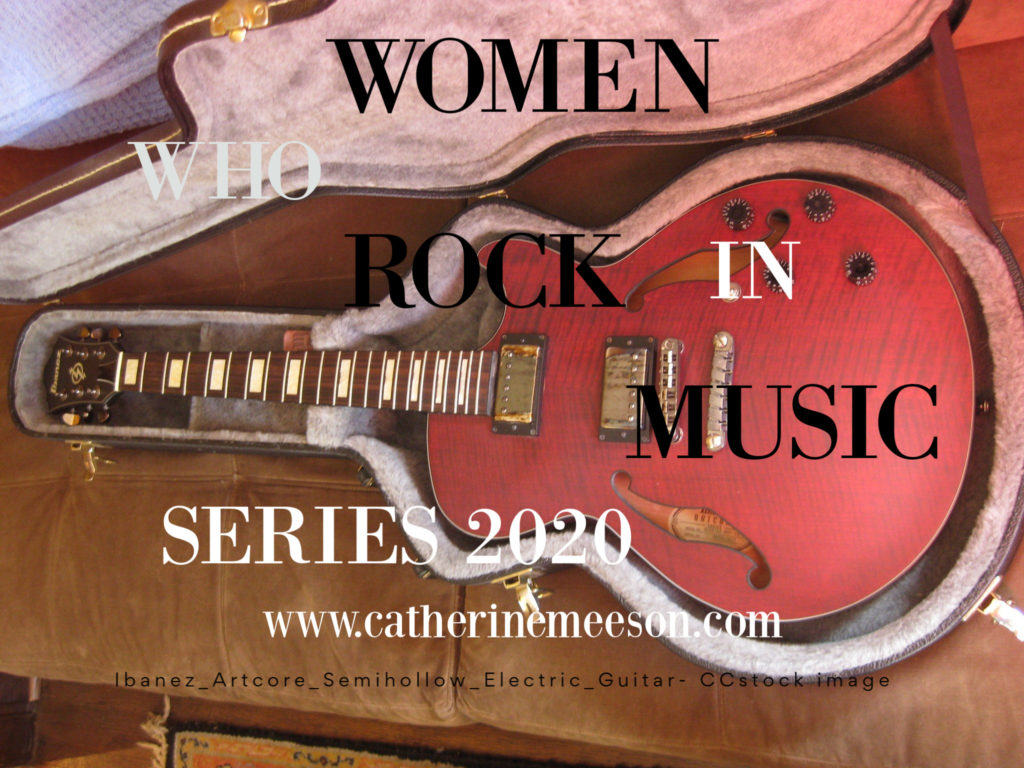 Catherine is very busy in a new production cycle featuring collaborations with Sean Geerling and guests in a band called ‘Event Horizon’, stay tuned for our work. It will be both in the electro domain, videos, rock and potentially busking later in 2020.

Besides that she is bust helping inspire other artists, children and members of the community in her teaching and arts health work.

She has to finish a back log of unreleased work going back to 2012,  another concept work e.p  called ‘Giza Plateau‘, many singles/ videos and hopefully a few to be released in 2020.

She has another wacky character for a concept work, single and film clip called Binary Avatar, who has been patiently waiting to speak since being knocked back for an Avant Garde festival in the hills. Add to this the constant flow of new material it’s enough to drive anyone totally nuts!

THE CALL OF OMA PRESS 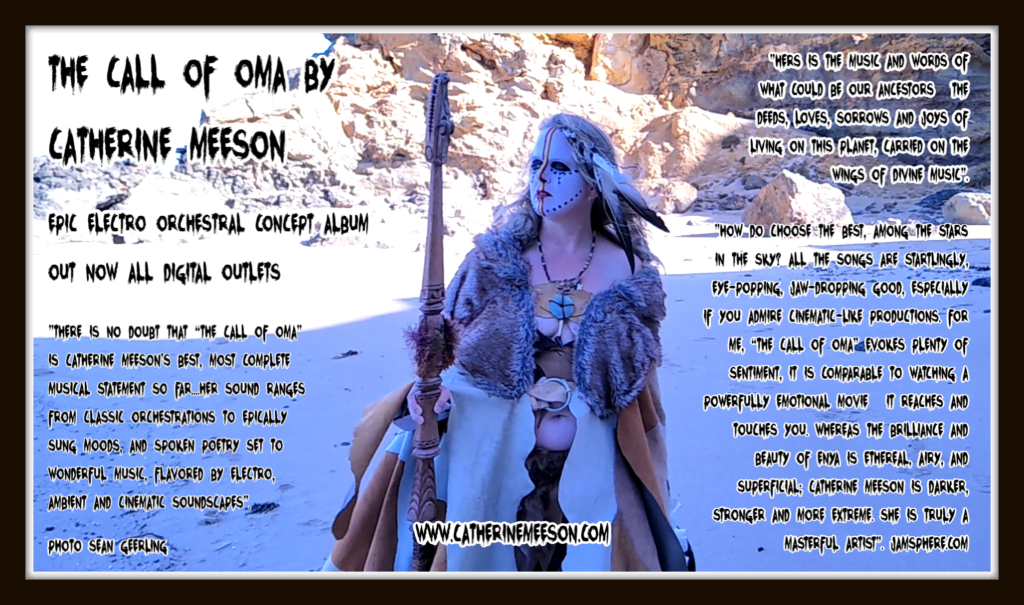 Like her alter ego throughout the album, Oma, Catherine seems to come from a different time and age, with a personal view to a rich tapestry of prophetic imagery. She has the musical talent to illuminate her songs with impactful meaning; the artistic maturity to create original works within a complex genre, and the intelligence to market herself and her vision with class.

Unlike most musicians, there is truly a profound story and message behind each and every one of her songs here. She introduces a fusion of diverse musical and styles into her art. Hers is the music and words of what could be our ancestors – the deeds, loves, sorrows and joys of living on this planet, carried on the wings of divine music.

How do choose the best, among the stars in the sky? All the songs are startlingly, eye-popping, jaw-dropping good, especially if you admire cinematic-like productions. For me, “The Call of Oma” evokes plenty of sentiment, it is comparable to watching a powerfully emotional movie – it reaches and touches you. Whereas the brilliance and beauty of Enya is ethereal, airy, and superficial; Catherine Meeson is darker, stronger and more extreme. She is truly a masterful artist.

Catherine Meeson sailed the powers of nature to deliver us an album of significant proportions. She stands firm on a boat of heroines as Oma, floating her ship of melodramatic bigness like a seasoned warrior princess whose out to reclaim the earth’s health for a promising future. She will show no mercy!

The waves under her strong will have never been so powerful , you can hear the seriousness dripping of her musical aura! she spirals in her own fierce powers and fully embraces the proud reach of magic, a thing whose sacred secrets had gone from generation upon generation. With ancient flair she spreads her larger than life aura all over us, with fanatic frolic of believable folklore she will face the new era with enough emancipation to rule it once again!

Many thanks to for sharing my work and including me on their website database with so many other amazing artists and indeed influences, what an honour

An Article about my honours work‘Oriental Temple Gardens Complex’on internet magazine Serious Wonder in the U.K by Massimo Barbato

Massimo Barbato Writer/ Commentator on AI and Future Tec writes “A rich, textured piece. Evocative vocals. A real sense of the cold, of ice, a really dramatic piece….A musical dreamscape that I can visualize alongside an equally dramatic piece of performance art, like dance”. The album is ‘Atmospherica’ is out now.