Mixing requires lots of sitting, contemplating. When one first writes it is an intuitive experimental flow, improvising, depending of course upon what is the primary instrument one writes on or whether it is vocals and melody first , guitar riff, chord progressions, bass lines, keyboard melodies or rhythms, or the timbre, they are typically the sonic things that set me off into soundscaping. Then one spends time layering, contemplating every step of the way what next that is needed now, mostly it is not a thought process,  it is a total immersion in doing/ being , one knows and does not necessarily speak it because working solo you don’t need to communicate what you want to others, as in the effect automations, phasing panning trippy sonic stuff to augment it and give it a life of its own. You mix as you go. You just try it out, if it does not gel, you ditch it, but most of the time it does work out. Then later when the composition and structure is there  one revises and finesses with little things like the performance , timing etc, making sure everything is ok, no unwanted noises etc. Then again after I submit for review pre mastering I get feedback and come back again and finesses. That has become the process and over these three albums and the other lot of unreleased work written in the same period ( which will come out later) I have learnt a lot. 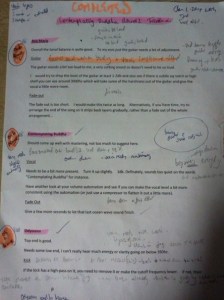 Of the 12 tracks that will feature on Contemplating Buddha,  half are ready for resubmitting = savings time. Ave Maria has 7 tracks of vocals including 3 samples. Time really does allow one to work out those little things one could not get before, both in the skill to both figure it out and discern and in hearing what it is. Half of these are Propellerhead projects the other half Ableton. 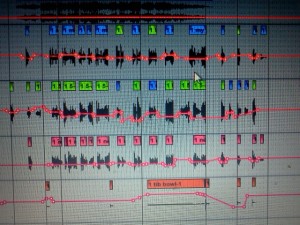 What is holding things up at present has been the focus on releasing Atmospherica and one track called Sometimes  with a very’ Cure sound’ that needs the guitar re recorded and select vocal parts, which I can’t do till I get the mic. It will be the last track to submit.

We are sweltering here in Melbourne amidst awful northerly desert winds, they come down and whip over the state like a dragons tail.  So good time to work on projects indoors.

I am also working on a  Performance art piece likely to be called Grace and The Grail,( Archetypal Alchemical theatre) which will feature one of the songs off Atmospherica called Her Story, (listen at the link) Her Story Audio

It will be a semi ritualistic based work, with dance song, and dramaturgical elements, working with themes relative to women, the womb and the world, which is for a special  fundraiser. Confirmation of specifics soon, till then check the link below.

Grace and The Grail- Performance Art and song 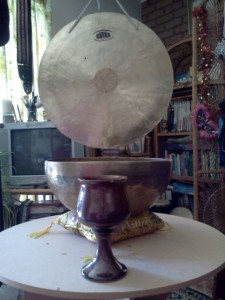