I have a selection of early mixes of unreleased material, stuff from Atmospherica  before they were finished and tracks that will be on Contemplating Buddha on Myspace, as well as tracks off Revolution Complete ( mixed by  Cath & Meg). It was the first platform I connected with, it was ‘the thing’  in 2009. 13 tracks all.

Some of these were mixed by my mate Megan  some are just from me in well 2009-2011 period. Most of the material here will be remixed and revised, vocal, bass @ guitars re recorded,maybe further instrumentation and samples, and brought to a  much better life. So if you want , listen before they disappear because they are coming down soon. Demos all , apart from the tracks off Revolution Complete. It’s a journey, this is the past. 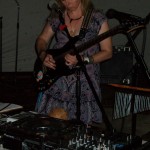